The Gift of Soccer Foundation Board had some wonderful opportunities to experience soccer on European soil.  The passion, the excitement, the family sense of community was unmistakeable.

In Naples, we experienced kids playing with makeshift goals on concrete under the watch of Mount Vesuvius.  Everywhere you go, in alleys, on streets, in parks, and in traffic, kids just play without fear and with much passion!

In Florence we were privileged to watch the UEFA Championship on the streets under the Domo.  Funny thing, we thought that the Italians would embrace the Juventus squad having some of the National Players on the team like Pirlo and Buffon, but soon found out it did not matter!  If you are not for ACF Fiorentina, you are the enemy.  They still embraced the play and wanted Barcelona to lose, but too many weapons there!  A bit different and hard to replicate in American Sports.

In Pisa, the pace was slower but the influence of the world’s sport was everywhere.  Such a beautiful setting to play soccer at any level in Tuscany! 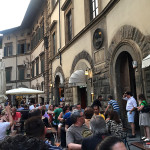 Streets of Florence(Firenze) directly under the Domo, 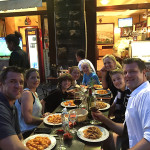 Many families eat on the streets and enjoy the game watch together. 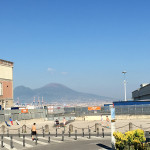 Kids playing Soccer on Concrete with Makeshift Goals. Mount Vesuvius in the Background, 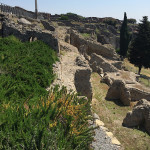 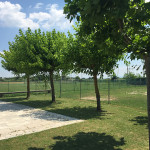 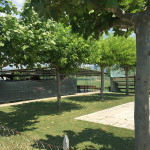