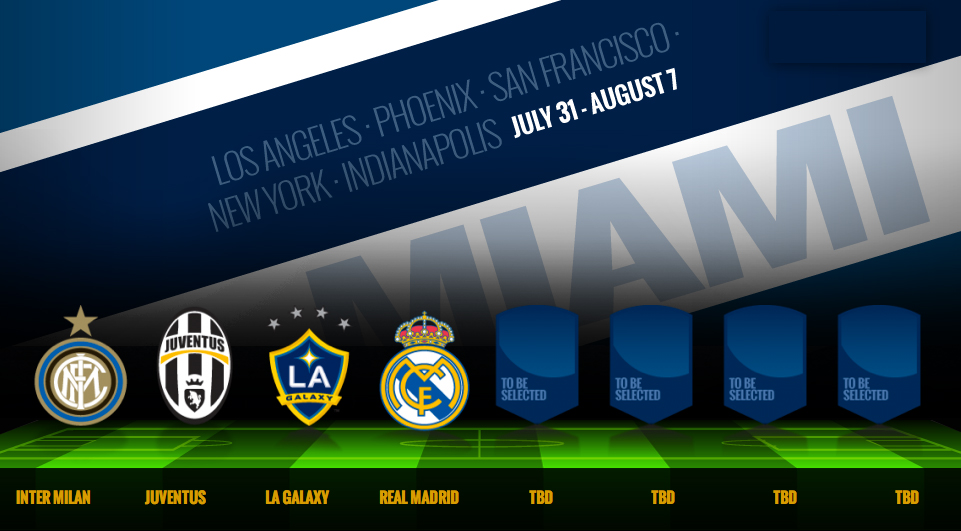 The International Champions Cup is an 8-team tournament pitting some of the world’s best and most prestigious football clubs against each other in a series of elimination matches to be played July 31-August 7.

The tournament, which will be played in six U.S. cities and one European city, will culminate with a championship match at Miami’s Sun Life Stadium on August 7.

The International Champions Cup will offer fans a chance to see the world’s most successful clubs live as they compete for a coveted trophy.