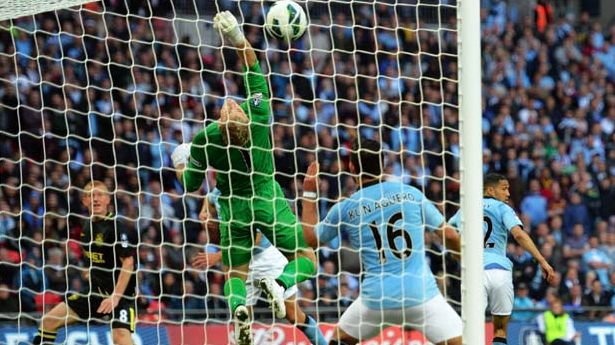 Wigan Athletic’s victory in the FA Cup final on Saturday was sold as a fairytale. Dave Whelan, who had broken his leg in the 1960 final, was back at Wembley 53 years later with a club he had taken from the fourth tier to the apex of English football.

Whelan was 23 when he lined up for Blackburn Rovers at the old Wembley stadium. By the 43rd minute of the match, his career at the club was over. With half-time approaching and Blackburn trailing to an own-goal, the young left-back flew into a challenge with the Wolves winger Norman Deeley, a moment that changed his life.

“I knew immediately when he hit me that my leg was broken,” says Whelan. “I was running at full pace – obviously you can’t stop.”

As both players lay on the grass, the referee waved play on. Eventually Deeley made it to his feet. He went on to score two goals and win the man of the match award. Whelan was taken off on a stretcher and woke up in hospital.

“The first thing I remember after coming round is being wheeled down a hospital corridor with the surgeon at my side,” says Whelan. “I opened my eyes and asked him, ‘How have Blackburn got on?’. He said: ‘I’m sorry, you’ve lost 3-0.’ I started crying. It just burst out of me. I was absolutely desperate, in despair as I lay in that hospital bed.”

Whelan’s return to a Cup final with Wigan ranks as one of the most remarkable Wembley stories. But football has a cruel way of being kind. Three days after celebrating the first major trophy in Wigan’s 81-year history, the Cup winners’ careers took a turn for the worse after a 4-1 defeat at Arsenal on Tuesday night.

Footballers at the top of the game exist in a cosseted world of privilege, but relegation is about as close to real life as it gets. Going down a division brings with it concerns and worries uncommon to men who receive more in a month that the rest of us earn in our entire careers.

Sympathising with top-level footballers is not easy, but as The Secret Footballer has explained, relegation can strip players of their comforts and make them susceptible to the challenges faced by the rest of us: “My contract, as was the case with many of the other players, was about to be cut in half and my assets, mainly property, bought on the back of aPremier League spending spree, were hopelessly exposed. In short, I could not afford to keep up the payments on any of it and as a result everything I owned would be at the mercy of the bank.”

Wigan’s players have made an odd kind of history. No team has ever won the FA Cup and gone down from the top tier in the same season. A few have come close. Manchester City (1926), Leicester City (1969),Brighton & Hove Albion (1983), Middlesbrough (1997) and Portsmouth(2010) were all relegated as Cup finalists, but unlike Wigan, none of them won the trophy.

It has been an odd week for Whelan, who said that no words could express the emotions he felt on Saturday afternoon. As his club fall off the Premier League gravy train and he has to consider the possibility of losing his manager and Cup-winning squad to the realities of relegation, Whelan can take comfort from knowing that he has rebuilt his life from more crushing disappointments. And, unlike the clubs below, at least Wigan won their final.

What we plant in the soil of contemplation, we shall reap in the harvest of action. - Meister Eckhart
Tweet this Quote!