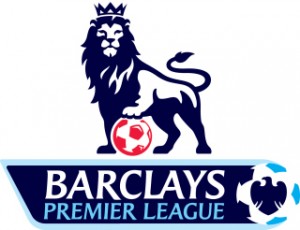 The on-air talent behind NBC Sports’ Premier League coverage wasn’t the only big announcement made Tuesday. NBC also rolled out its programming plans for the 2013-14 season that includes live multi-platform (television and digital) coverage of all 380 matches, live television coverage of Championship Sunday (May 11, 2014) on NBC Universal channels, and more than 600 hours of original and weekly studio programming on NBC Sports Network.

For the first time ever fans will have live access to all 380 games of the Barclays Premier League. Here’s how it works. All matches will be presented live on television with studio pre and post game coverage. The matches will also be streamed live via NBC Sports Live Extra. Games not aired on a designated NBC Universal channel will be made available to distributors via Premier League Extra Time, a package of overflow television channels available at no extra cost for customers who receive NBC Sports Network. As NBC acquired both English and Spanish rights, the bundle will include 76 Spanish-language telecasts, 10 on Telemundo, 66 on Mun2.

Last October when NBC Universal shelled out the reported $250 million to acquire the three year package of rights for the English Premier League, many wondered what kind of coverage would be provided. The answer is now clear – unprecedented coverage. Whether you support Arsenal or Norwich, Manchester United or Swansea, you’ll be able to catch every single one of your squad’s matches live from your couch or standing in line at the airport. Say goodbye to monthly fees for digital platforms and say hello to a fully integrated multi-platform setup that looks poised to take the Premier League coverage in America to the next level.