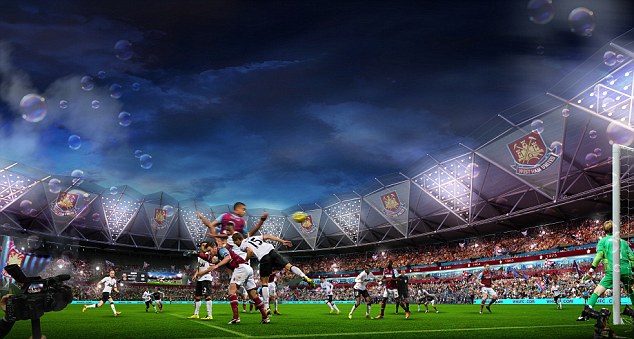 West Ham United’s plan to move to the Olympic Stadium has received the backing of its supporters after 85% of fans who took part in an independent SMG YouGov poll said they supported the move to the iconic new stadium situated in the Queen Elizabeth Olympic Park.

A further 10% who said they would consider supporting the move but required more information before agreeing, were offered the chance to take part in SMG YouGov’s ongoing consultation sessions throughout this summer.

SMG YouGov have also revealed today that of those that voted in favour, over 50% said they did so because they believe the move to the Olympic Stadium will provide the resources to improve the squad and build the Club. The second most popular answer cited was the fact that fans trust West Ham United’s Directors to make the right decisions to take the Club forward, while others stated their support for the move because it will provide an overall better fan experience.

In another encouraging sign, a total of 89% of supporters surveyed said they would attend either the same number [41%] or more [48%] West Ham United fixtures if the Club moved to Stratford for the start of the 2016/17 season. This bodes well for West Ham United’s ambitions to grow their supporter base to match their stunning new home, given that post conversion the arena will boast a capacity of 54,000.

West Ham United Vice-Chairman Karren Brady said: “I am delighted that the SMG YouGov independent poll shows that such an overwhelming majority of our fans are in favour of our plans to move to the Olympic Stadium.

“I would like to thank each and every supporter that took the time to have their say on what is an historic and monumental decision for the Club. We must now engage further with the fans who’ve requested more information but it is fantastic to know that the consensus among our supporters is that they are behind the move.

“Now we know we have their support to advance this incredible project, we can look forward to the busy, but exciting, three years ahead working together to ensure that this world-class arena exceeds their expectations.”

“The immense turnout means the survey results provide a highly accurate reflection of the views of all core spectator groups including Season Ticket holders, Academy members and matchday attendees.

“West Ham United can now use the results of the survey that will follow to plan their next steps and focus on the areas that their supporters feel the most passionately about.”

SMG YouGov will be providing further detailed analysis to the Club, which they intend to publish later this week.